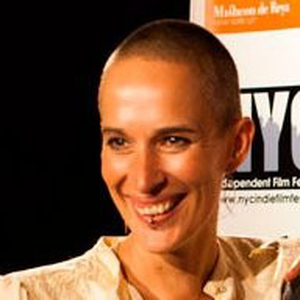 Amy Hoogenboom completed a Bachelor of Media with a Screen Major at Southern Cross University in Lismore. She also completed a Certificate II in Short Film Production and a Certificate IV in Screen & Media at Lismore TAFE, the latter of which she was awarded Media Student of the Year for.

Since completing her studies she has gone on to create Ursine Productions a Documentary Production Company. Under this banner she has created a number of Short Films and Documentaries. 'Scatter Joy' her half hour Documentary about legally blind cartoonist Brent Harpur has screened at various Film Festivals around the world including the New York City Independent Film Festival.

Amy was Festival Coordinator for Flickerfest Film Festival before going on to be Production Coordinator and was also the Guest Drivers Coordinator at Edinburgh International Film Festival. She also works regularly for Splendour In The Grass and Bluesfest Byron Bay as an Artist Transport Coordinator.

She is also an accomplished freelance photographer and videographer. Some of her photographs can be viewed online at www.amyhoogenboom.tumblr.com and her video work at www.vimeo.com/amyhoogenboom